Barcelona, the capital of Catalonia, was founded on the Mediterranean coast over 2,000 years ago. Since then, it has been the traditional gateway to Spain. Through it entered Romans, Arabs and Christians, as well as the many diverse cultures, which came to enrich its heritage.

The traces of this history and diversity can be followed as you walk through the old town; through its Gothic Quarter, built on Roman ruins; through its art-nouveau Eixample district, presided over by Gaudí’s exuberant architecture. The rich, architectural legacy makes Barcelona the only city in the world with nine UNESCO World Heritage Sites.

These characteristics have made Barcelona into a first-class tourist destination and the ideal setting for congresses. The good position of the city as a destination for congresses is increasingly evident, and recently the Catalan capital has been placed in third position in the prestigious ranking drawn up by the ICCA (International Congress and Convention Association). 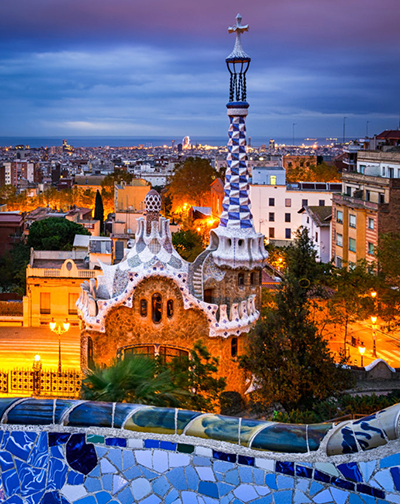 After the congress, savour the city’s superb range of gastronomy in the most sophisticated restaurants, which serve up outstanding, innovative cuisine. The highest levels of excellence in gastronomy have been achieved through a new generation of chefs, who have revolutionised Catalan cuisine and earned its pride of place throughout the world. Currently, 19 of the city’s restaurants have been awarded a Michelin star.

Barcelona is a cosmopolitan city where you can live unique experiences, such as an exclusive visit to an art museum; a master class with a famous chef or enjoy the Shopping Line with more than 200 shops. Throughout the year, the city hosts a number of top-class sporting events, such as the Conde de Godó Tennis Tournament, the Formula 1 World Championship and regular football matches at the famous Barcelona Football Club (Barça).

Would you like to experience the magic of Barcelona? The excellent network of flights and the city’s international airport, located only 15 minutes from the centre will easily bring you to this Mediterranean city.